HOMEYogaCafeSpace as used in Yoga

Space as used in Yoga

It is believed that Yoga is all about space. For a practicing individual, yoga helps increase the space between ears and shoulders, behind the shoulder blades, round the hip region, and even between toes. When such individual inhales into that space, oxygen infuses into every corner of his or her body, just as a warm chocolate melts into every single crease of a mold, thereby providing an opportunity to fill cramped corners of the body as well as the mind with renewed energy. As a result of this, closed spaces open in order to generate room for development as well as improvement.

It is imperative to know that Yoga is about crafting a space where practitioners feel safe to move beyond the apparent precincts of their bodies. Sometimes, people nurture this feeling of being trapped within their bodies, as if they are confined inside their arms and legs and cannot break out of our skin. Yoga makes these notions evaporate, and as a result we believe that not only can we actually set our physiques into motion, but we also terminate the feeling about the mark where our bodies end and the universe arise.

In yoga, we make effort to find space, both physically as well as spiritually. This action permits us to release the pressure, the fright as well as the negativity which is stockpiled in our muscles, bones, blood, spirit and also the mind. Over the years, there have been some reliable and reasonably easy ways for individuals to open up, even when they are tied into a ‘yogic knot’.

One of the primary ways we lose space in our minds and spirit is as a result of taking things too seriously. The ability to understand how laughter medicine works helps to open up more than just an individual’s internal space, but also the space between an individual and colleague as well. Although laughter may be inappropriate sometimes, a good sense of humor and a smile can never be.

Albert Einstein demonstrated that space is relative; as a result our primary goal is to discover how to craft and control space rather than being controlled by space. There are certain tips that can be used to create space in the body and generally in life:

• Move: Individuals feel so inert when they sit on a couch and watch a movie. During winter, we are lured into curling up underneath the covers with a good book, but it should be noted the body feels much better when blood flows as a result of activities we indulge in during that period. Move like you have never moved before. Let the passion for the movement flow from within. So let it flow just like the waters do. Michelle Williams stated “I want to be like water. I want to slip through fingers, but hold up a ship.”

• Get rid of confusion: This is a simple carefully worked-out equation; the more space freed within, the more space an individual can fill with positive energy. It is imperative for an individual to understand that the body, mind and also spirit has to be properly cleansed in order to pave way for new experiences as well as relationships.

In the end, it all boils down to the quality and not the quantity of the space made available. By creating the space within your body and your mind, you unknowingly make available a space around you that other people want to hang out in, a place where positivity can only spread. By cleansing the old corners of your life, you make opportunity for new energy to spread throughout your body as well as your world. 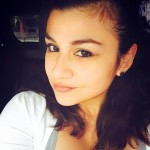 No Comments to "Space as used in Yoga"